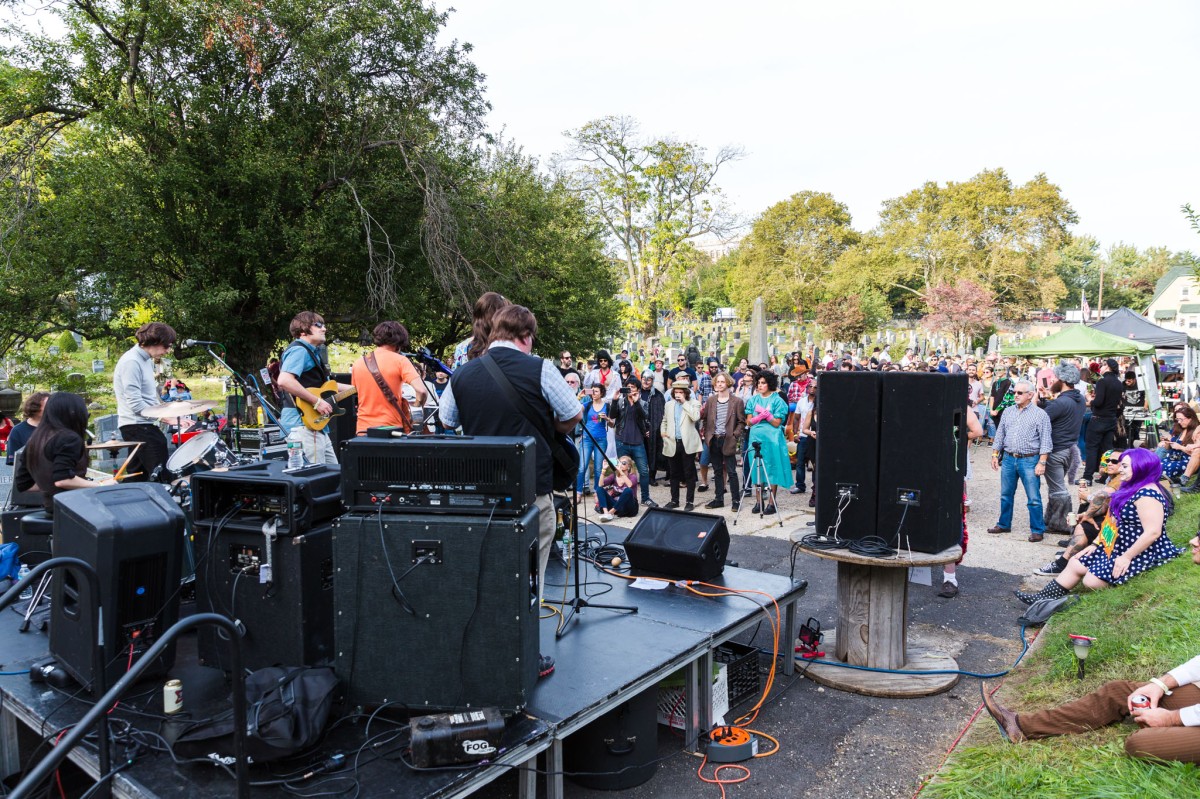 Note: if you like pictures more than words, and I don’t blame you, a full set of images of the Ghost of Uncle Joe’s 2017 can be viewed here (click me).

I’ve wondered for a few years now: how does a cemetery stay in business? Based on an obvious analysis, they typically have a finite amount of property, yes? And that property is bought for a fixed price, sometimes decades in advance, yes? And then that’s it. No more income.

I sated my curiosity about how cemeteries are funded, today, with the help of google, because I knew I’d broadcast these questions when talking about wonderful Historic Jersey City & Harsimus Cemetery and the yearly Ghost of Uncle Joe’s fundraiser.  And, it turns out, what I wrote above, is true, from what I can tell in general. Nailed it.

Some cemeteries are, of course, maintained and owned by a local church. Churches often disappear. That happens. More often these days, I’d think, than in the last two generations. For some cemeteries, the government has a hand in the finances. But there are many, across the United States (and the world), where the backers have simply gone away, left no money or trust, and there’s no tax-payer help. The money for those pre-paid plots has run out, even if the funds were responsibly invested.  But the cost to maintain the land doesn’t dwindle. Cemeteries need maintenance. At the very least, they need to keep the grass and weeds from over-taking the property.  And they need to continue the obligations made years ago to bury those who bought a plot. This all costs money.

The Historic Jersey City & Harsimus Cemetery is one of those cemeteries. The funding and maintenance are volunteer efforts, led by Eileen Markenstein. And one of the biggest fund-raising events of the year is the Ghost of Uncle Joe’s, a costume ball and fundraiser featuring local musicians playing sets from famous bands, organized with the help of “Dancing Tony” Susco, of Rockit-Docket.

On to the event

On to the bands 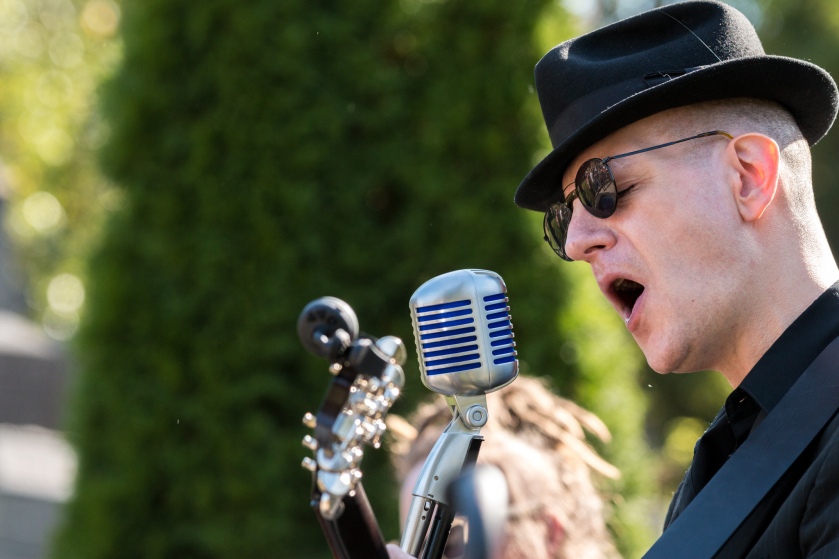 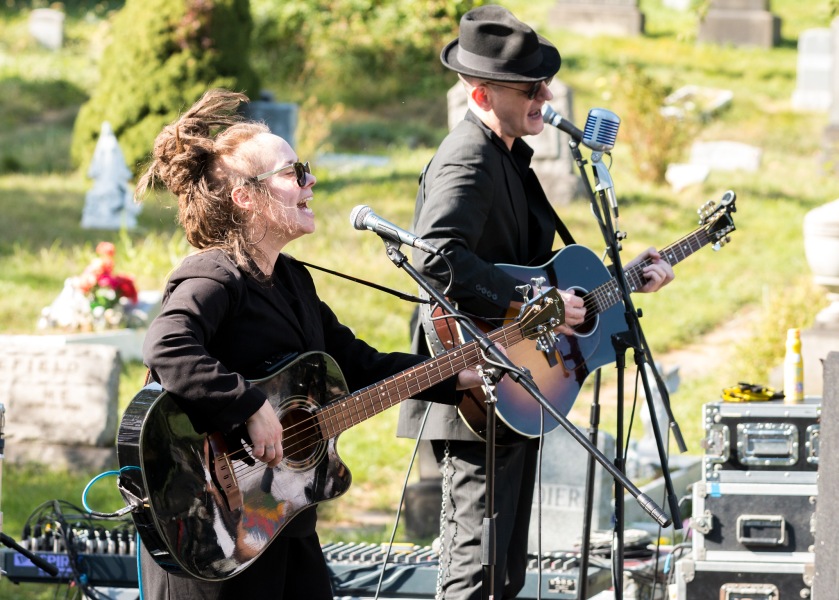 First out of the gate was Jack and Sandra from World/Inferno Friendship Society, playing an acoustic set at the seemingly sadistic early hour of 1:30pm. The sun was blazing, it was hot, and these facts were not lost on the audience, who mostly sat under trees for cover, nor was it lost on Jack and Sandra, who took the brunt of it on stage. They played their set and then headed of to Long Island for a show with the full band later than night. Hopefully they took a well-deserved nap in-between.

Next up was some folks from GypsyWig doing The Replacements. I’ve been a big fan of the Replacements since probably 1987, when I first heard that opening riff and reverb-y 80s drums of I.O.U. off of Pleased to Meet Me.  The guys put on an appropriately blistering set, hitting all of the highlights. I had forgotten how much I liked the Replacements, until I realized I actually got chills during one of the songs. These guys brought the passion and the goods. 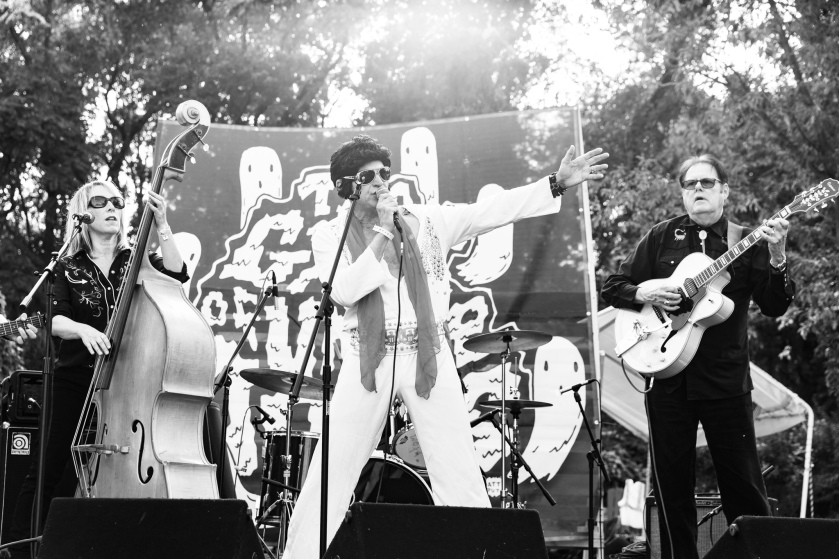 The Lonesome Prairie Dogs’ Elvis set was a great balance of musicianship, performance, and camp. You gotta have some camp when doing the Elvis thing. I have to check out the Lonesome Prairie Dogs doing their regular set. They’re doing honky tonk and traditional country music, which we don’t hear nearly enough in this area. And anyone who knows me or follows this blog knows that I could sit at Robert’s Western World in Nashville for days on end listening to traditional country music and sipping Miller High Life, and have, several times.

Lowell Gurey and friends came up next as The Kinks, dressed mostly in mod garb, presumably arriving on Vespas. Lola, also, on stage, and apparently exceedingly happy to be there. A great performance with some tracks that surely many people had never heard. They dug way deeper than radio hits for this set. And that’s a good thing. Also, there were several apes.

The artwork associated with The Cramps always stuck out to me. It was disturbing. I never got into The Cramps back in the day. That’s odd, as I learned at this event that I love The Cramps. It took Garbage Brain and friends to turn me on to The Cramps, 35 years after I should have been turned on. Thank you. This was a rollicking set, with the singer going full Lux Interior. I couldn’t take my eyes off of the performance. 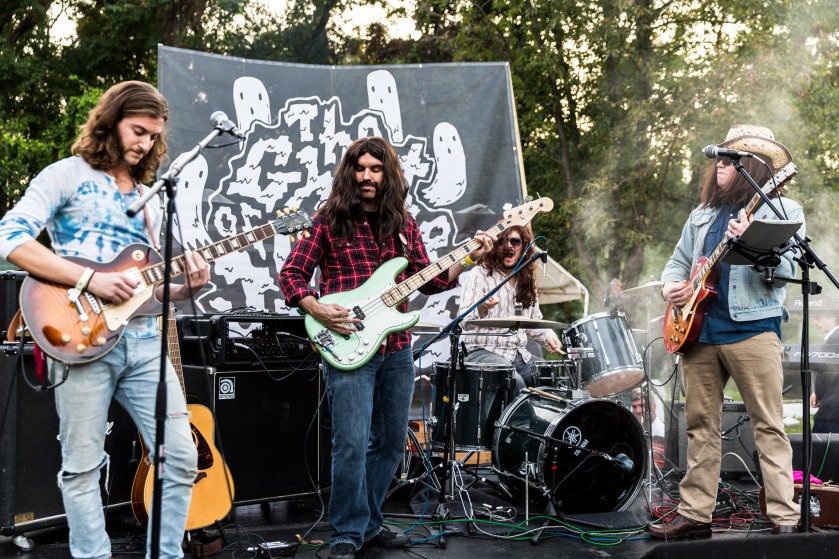 The last set I was able to catch was Big Wake doing an Allman Brothers set. Amazing musicianship here. My jaw dropped. And those fake (in most cases) mustaches put it over the top. I think they played two or three songs, as you might do when playing Allman Brothers songs for 30 minutes. Wow. Just, wow. 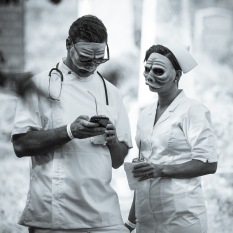 The event raised over half of the year’s operating budget for the cemetery. There was a bus to take people down to the clubs after the party ended. There was plenty of beer and food. There was a bike valet. So many people dressed up in their Halloween costumes. It was just another wonderful event at the cemetery. Highly recommended.

Follow The Historic Jersey City & Harsimus Cemetery and Rockit-Docket on Facebook to keep up with upcoming events.

You can see a full set of pictures here (click me). `